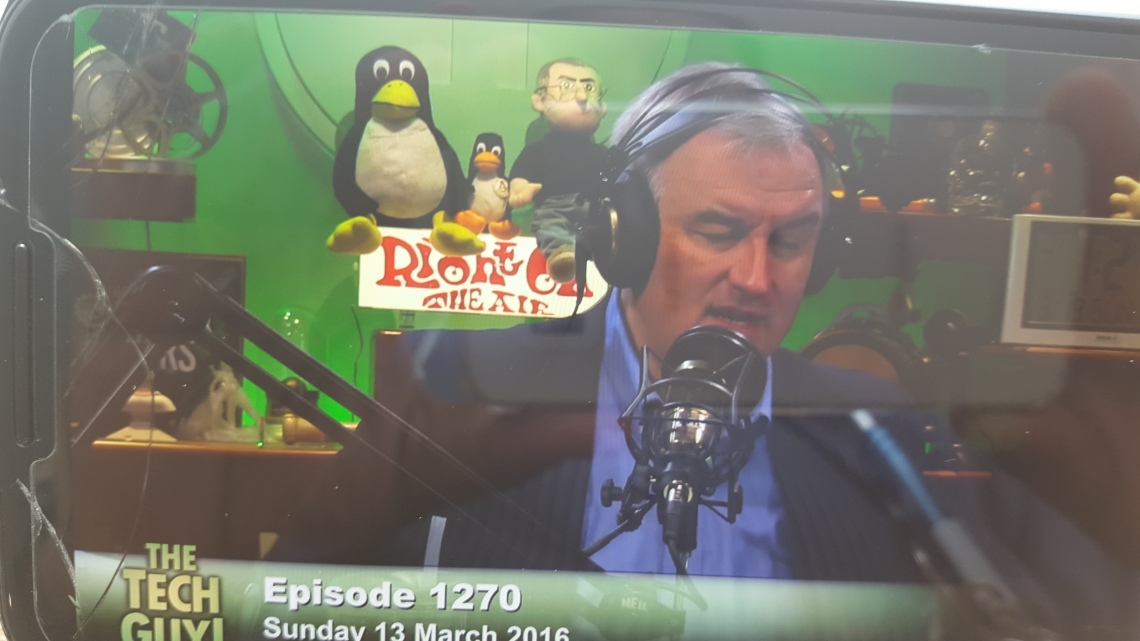 I call the damage to my beautiful Nexus 6 the “Leo Drop.” So named because Leo on  T.W.I.T  tv damaged his new Samsung S7, not in the same place, but in a similar fashion.

Let it be known that I never damaged my Android phones…ever. This thing only happens to “other people”, not me.  Well that teenage sense of invincibility came to a crashing end. Leaving work, I was enjoying an audible book using wired ear buds. My Bluetooth buds needed charging so I used the stone aged wired ones.

With car keys in hand, I casually slid my immaculate nexus 6 into a shirt pocket, or so I thought. I can only describe the next thing as a scene from the Matrix. As my hand released the phone, my peripheral vision followed the device in what seemed slow motion,slide down my chest, passing the pocket and picking up speed. It yanked the earbuds out of my ears, still gaining speed, crashing to the cement parking garage ground. With disbelief, I gently picked up my fallen friend to assess the damage.

Impacting on the bottom of the phone caused a spider web effect, that I’m grateful stayed at the bottom. I can still use my nexus, everything still works, its just that I feel embarrassed to own and use a phone that’s damaged goods. I’m like Leo, a Mr tech guy. We cant have damaged goods. My 1 and a half year old nexus 6 had a price tag of $850 US dollars. To fix it would cost about $350. To buy a new one on Amazon today would cost about the same. But buying a new one is out of the question..did I mention it is 1 and a half years old? That 6 years old in the tech world!

I’ve decided to live with my ole friend, as long as it works, until I see something better. I am an Android tech lover. What would you expect? I now have respect for those that still use their phones with cracked screens… like me. 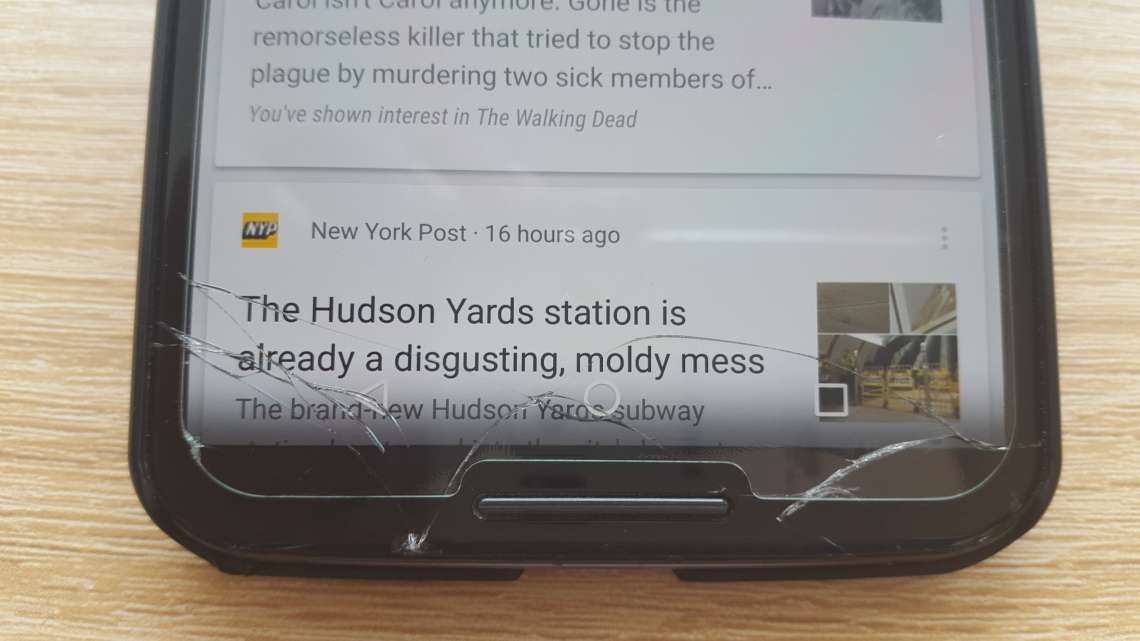 ← My Story Has Nomad
No One Knows, by J.T Ellison →