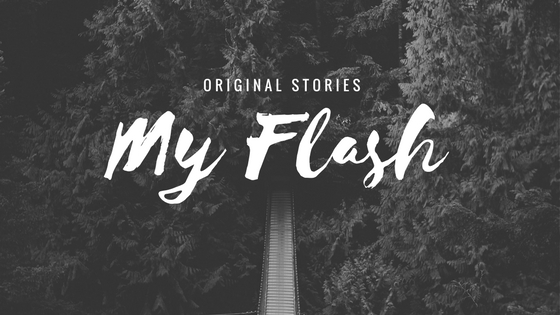 The metal chair was bolted to the floor. A chain wrapped around my chest and lower body, securing me like a package. Strength ebbed away like a slow tide returning to sea. My naked body shivered from cold or fright. I focused on the latter. Left-arm unrestrained provided enough freedom for my hand to find the button that pumped drugs into my bloodstream, courtesy of an IV bag.

Light flickering from an old cathode ray tube television set was the only illumination in the room. I recognized the wooden console TV as a model I had when I was eight. A remote control and cable box sat on top of the finished wood relic. Old black and white cartoons with funny characters danced and sang on the screen. The volume was muted, but I could still hear the cartoon melodies in my head. As a poor child with no toys, I recalled drawing the crude animations for show and tell in school.

It dawned on me that I was in my old childhood home. My parents were long gone, but the house was still there. On the bad side of town, the real estate was condemned after a girl was held captive and killed inside. I was in a space with three white or maybe grey walls, a door, but no windows. This was the walk-in closet the teen was murdered in. My best friend used the fear I had as a child and built a horror story around it.

All I had to do was create a new story in the book of death when I was asked. Nonsense, I thought, even though my name was on the table of contents as the author of the next chapter. This book seemed meaningless to me as a chain letter, something to dispose of, not to be taken seriously. The instructions were to write a personal horror story about your best friend, using a pen filled with blood in the pages next to your name. That’s all I had to do, then continue with my own life. When I finally believed in the book of death, the chapter that I was supposed to write was already written by my best friend. That was not my script, so I tried to appeal to the gods of its design. My offering of fresh goat blood and the body of my neighbor’s dog around a basement alter was not enough to make the change. Human blood and the body parts of the long ago murdered teen were needed to erase the story that was already written. It was too late by the time I decided to defile the young girls final resting place. The three days given to me had passed. Another story had been published, completed in the universe, waiting for a new author upon my demise.

It takes a lot of effort to murder a person with your bare hands. Up close, and very personal. I killed my friend in an act of revenge before I realized it was the book that caused me to act out. Just touching the hideous thing brought out murderousness. Filling a drum with cement, I threw the book in and sealed the lid.  I rolled the damn thing off my boat, along with the lifeless body of my friend. I hoped they would never be found again. Whenever I died, the author of the next chapter would not know his time was due. The book could not be presented to him by a family member or his best friend. The stories would end with the book at the bottom of the sea. At least, that’s what I thought.

I could n’t continue to ignore the smell of the decomposing body in the room with me. My restraint prevents turning to the side to verify, but the peripheral vision was enough to confirm his identity. Also, it became clear that the cable box on top of the old TV was really another copy of the book, opened to my chapter.

I had not eaten in a few days, but the furry creatures roaming freely around the room didn’t have that problem. Feasting on my bound feet, I could do nothing but keep one hand on the button that sent me into a painless fog, or use that hand to cover the family jewels. I prayed the red-eyed devils would not have them as an appetizer. While dry heaving, and shaking violently, the rats lost their grip on my flesh for just a second.

I screamed ‘GET OFF ME!’ in a commanding voice, which trailed off hapless, as I began to accept my fate. The vermin, smelling fear, continued tearing away flesh with abandon. Too weak to protect my legacy, I held the button down as the strongest of the mighty beasts dined on my testicles, the pain trumping the drug. I was not the author, it was not my script. This was the last story written, penned in human blood. I guess that’s why I woke up here from the boat. The outcome could not be changed, once it was written in the book. That’s how I got the starring role in a horror story I could have written differently.

My fingers no longer had the flesh, muscle to hold the button down. It didn’t matter though, as the little bastards ate through the IV line. I guess it’s true, rats will eat anything. I guess I tasted better than my friend. The TV was still on, but I couldn’t see anymore. They started on my eyes, but I don’t feel anything anymore. I was in shock, or just close to death. I chanted in my mind,  “I am not the author, this was not my script,” to no avail.  I realized I just inherited it after I tried in vain to change the outcome.

A/N: This story was updated on 3/27/18. My writing group had suggestions on making it flow a little easier.

← Burnham’s Hair Tells Her Story
The Child becomes the Parent →