The Day I Discovered Writing Is Not Easy…

I Remember That Day. I finished the first chapter of a sci-fi story in which a sentient AI navigating a spaceship by herself was dancing, or more like gyrating to a tune playing through the ship. She moved from deck to deck by sliding down something like a fireman’s pole. Someone in my writing group looked at me and said, 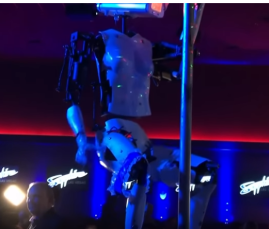 Then there was that horror story I wrote which had a bad guy chased by an unknown creature. The creature surprised the man in the backseat of his car. It carried a powdery substance in a bag which I never explained. (think of Chekhov’s gun) After some dialog, my creature yells out ‘Flame on!’ turning into a torch. Bad guy gets away by running into the Baxter building. Sound familiar?  (too close to the fantastic four)

Then I tried to make it easier for the reader to distinguish who was speaking in my dialog. In the SAME paragraph, I had ‘Sam’s dialog in bold as he talked ‘ and ‘Nancy’s dialog italicized as she spoke’.  I won’t discuss what my writing group had to say about that one.

That was the day I discovered writing is not easy, but I didn’t give up.  I realized that bad writers quit when they learn the art of writing is difficult.  A good writer, on the other hand, will continue writing….and learning.   It did get better for me.    Howso?

By talking to and exchanging ideas from other writers. I enjoy reading original stories from other bloggers and commenting on their work. Getting a comment or a like from fellow bloggers encourages more writing. I also exchange stories with my writing group for on the spot critiques. First draft work in progress is shared too. At the end of the day, I leave with more ideas and a better script.

Whenever I doubt myself, I go to the digital shelf and reread all of my problematic stories. Then I remember the encouragement from writer Stacey Levine:

“all the problems associated with being a #writer I consider good problems to have.”
~ Stacey Levine

One thought on “The Day I Discovered Writing Is Not Easy…”