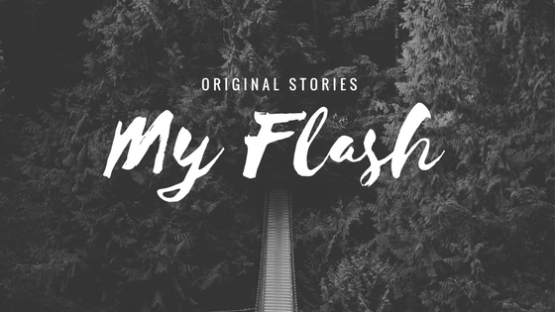 Transferred around the third marking period to Somerset Academy High, Amanda felt like an introvert during biology class. The few friends she did have, that she could talk to, were in Ohio, a thousand miles away. Shutting down her Twitter, Instagram, and Facebook accounts at the advice of Marilyn, her mother, added to the loneliness a teen could feel, magnified one hundred times over. Even though this was her favorite class, the lesson on microorganisms from her teacher, Mr. Campbell, went over her head. Mr. C, a tall thin black man in his thirties, always taught his class with a smile and pleasant demeanor. All Amanda heard as he spoke today was garble, much like the sound heard in a Peanuts cartoon when adults were speaking.

“We can continue our discussion of microorganisms in the human body tomorrow. Go over your notes and prepare for my test. Class dismissed.” Fingers gently twirling her hair, Amanda was lost in thought. Memories of friends in her old school, her parents selling their home and relocating to Florida was a lot for a sixteen year old to handle. “Amanda, time for your next class. Amanda, hello?” Waving his hands in front of her face snapped her out of her old home life flashback. “Oh, sorry Mr. C, I just have to work out some things.” She gave her teacher a big smile that showed off her sparkling white teeth and full lips, laced with cherry lip gloss that smelled like fresh fruit. “OK then, see you tomorrow,” he said while nodding in agreement. On her way to her last class, Amanda sent a text message to her friend Seth. They were in history class together at her old school. He was the only one that openly supported her decision, and asked for her new phone number before she left Ohio. “Been through a lot. Thanks for the support.” She hit send. Adam Bennett, now living as Amanda, was transitioning. After settling in Florida, Amanda made the commitment to live and dress as female for the next two years, while waiting for her transgender surgery to be approved. Getting full support from her father meant everything to her. She also knew she would not let anything or anyone stand in her way.

As Amanda, she mastered the feminine voice and mannerism. Her doctors daily scripts of hormone replacement therapy, HRT, made her look fully feminized. Her long ebony black hair enhanced her dainty little nose and ocean blue eyes. Standing at 5 feet, 7 inches and 149 pounds, she was convinced she made the right choice to switch gender. If only she could shake her depression, she thought, with pursed lips. Her text to Seth didn’t require an immediate answer, but she stared at her phone, waiting for a response that never came.

“It is to be expected,” said Dr. Abbas, to Amanda’s parents. “She will experience a second puberty. Bear in mind that hormone treatments can cause moodiness. Her mood swings will rise and fall like the ocean tide. Just be supportive and prepare for the ride.”

“Doc, you should be a rapper,” Ty, Amanda’s father, said. These were the first words he’d uttered since discussing Amanda. His thoughts were more focused on how he could put the old pictures of his son playing football in full gear on display, while losing the ones of him wearing makeup. “I should have my head examined for going along with all of this,” he said flatly.

Marilyn, trying to digest the information the doctor provided, still had questions. She just wished Tyrone would do more than financial matters to support their child. Amanda confided in her that she would go to court to declare herself emancipated if that’s what it took to make the change.

“When should she return to social media?” Marilyn asked, she and the doctor ignoring Tyrone. “I had her close all her accounts. Now she wants to open new ones to track down old friends.” The doctor took his time with his response, genuinely searching deep in his mind for the correct answer. “I would rather she stay away from social media at the moment. Her old friends have not seen her in this stage yet. There is no telling how they would respond. She doesn’t need negative or hateful comments. It will only depress her.”

“But she is so persistent,” Marilyn said, frustration driving her voice a little higher. Taking  deep breaths of the cool conditioned air of the doctor’s office, Marilyn tried to wish away the heat of the hot flash she was about to experience. Ty, working on the road so often, never noticed the signs of her menopause, but she knew the doctor would. Dr. Abbas looked at Marilyn with concerned eyes, then took over the conversation about Amanda.

“Tell her I advised to wait just a little longer. The ideal time to start social media in her case is when she can friend a lot of new people, not just old ones for support. The past few months have been very traumatic for someone of such a young age.” Marilyn thought about how Amanda’s best friend Michael turned against her because of social pressure, almost coming to blows. She nodded her head in agreement.

“May I also suggest that when talking to Amanda, you stay in the present.” Looking at both parents, he continued. “Try not to say things like when you were Adam, or when you were a boy because Amanda feels she has always been a girl and has come out as such. Avoid referencing gender when talking about the past by using other frames of reference. For instance, say when you were a child, or when you were at your old school. If you must reference male gender, say before you began transitioning.” Directing attention to Tyrone, the doctor finished saying, “or say before you shared your true gender with me.”

Impatient, Tyrone asked, “are we done?”

Dr. Abbas stood up, signaling he was finished meeting with the couple. “Just do the best you can. It will help Amanda immensely.” The doctor reached out to shake Tyrone’s hand, but Ty just turned his back and walked away. Marilyn, trying to cover for Ty’s rudeness, grabbed Dr. Abbas hand and shook it vigorously before it could return to the doctors side.

“Thank you so much Dr. Abbas. I…we really appreciate it.”

Amanda decided to skip her gym class. Mr. Robert, her physical education teacher, wanted Amanda to start taking part in aerobic activates. Scheduled today was his version of four square volleyball and a fitness test relay. Both require working up a sweat and a shower afterwards. The school had unisex bathrooms, but not showers. She had to decide which shower to choose to generate the least amount of  gossip. Her mother wanted to talk about this, but Amanda avoided the subject on many occasions. Now she wished she hadn’t. She thought about telling her concern to Mr. Robert, but he seemed clueless. Discussing getting fully naked in any shower with Mr. Robert was out of the question. That was not going to happen today, or any other day Amanda thought.

The first bus arriving at the stop Amanda took. Its final destination was Central Light Rail Station, which was fine by her. By the time she reached the last stop, school would be over for the day. She would not look out of place in her uniform away from school in the late afternoon. I know what I’m doing, Amanda thought, realizing she was improvising her actions on the fly. She swallowed two 25 milligrams of Anafranil with the water bottle she carried in her small shoulder bag. Amanda hadn’t been taking her antidepressants because of the gastrointestinal side effects.

“Going to have a bad case of flatulence,” she giggled to herself. This was the first time her lips gave way to a smile in days. “There’s nothing like sitting next to a farting fag,”she said to herself.

Feeling happy for no reason, Amanda thought about Seth, her knight in shining armor. He always came to her rescue. He will be there for her now, her mind told her. She decided to call instead of texting this time. The call went straight to voicemail. “This is Seth. You know what to do,” she heard the recording say in his voice, his wonderful voice. Amanda dropped the call without leaving a message. She popped two more pills, washing them down with the last of the bottled water.

Putting on her headphones, she drowned out the noisy traffic by listening to her favorite song, What You Want, by The John Butler Trio. She closed her eyes and listened to the lyrics while thinking about Seth. The song auto repeated as Amanda grew tired and fell into a deep sleep. The family location app on her phone made a tiny beep, masked by the noise canceling headset. Marilyn had her coordinates and was traveling fast towards Amanda’s direction.