A Brave Night Out 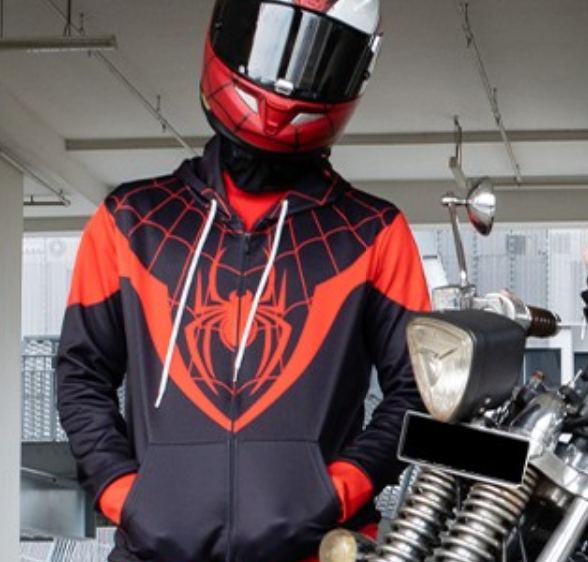 For this story, I’d rather you read it and form your own interpretation. The writing was submitted to a publisher and rejected. On the positive side, the publisher commented why it was rejected. That gave me the opportunity to rewrite the story and submit it again, or to a new publisher. The problem with that is it would change the way I wanted the story presented. I understand everyone will not comprehend my writing style or the character. In this case, if I make changes so it’s clear why the protagonist does what he does, it will take the impact away from the story. So for that reason, I will explain the actions of my character in my author’s notes at the end.   So…Enjoy Reading and Feel Free to Comment…even if you don’t get it!

Young Adult Fiction  that is LGBTQ friendly, set in the 1980s

Albert checked himself using a full-length mirror. He admired the way the Spiderman costume looked on his body. The tailored suit made from a lycra synthetic material fitted his muscular body like a glove. The suit highlighted the ripple effect from his abs as he walked about. Custom boot covers, a jockstrap, and utility belt completed the authentic look.

“I’ll bring only what I need,” he decided as he added motorcycle keys, money, driver’s license, and credit card to the belt. His thin nitrite rubber-coated gloves fit like a second skin and allowed him to put the items in the belt compartments.

The headpiece of the suit had the mouth part cut open exposing his lips. The lycra around his mouth with the aid of glue prevented skin from showing. Albert planned to do a lot of drinking so this was the best way to do it without taking off the headgear.

Making his way quietly down the stairs from his bedroom, he tiptoed out the side door to the backyard where his 1985 Honda 750cc supersport motorcycle awaited. He put the key in the ignition and switched it to “on.” The headlight lit the paved ground as Albert silently pushed the bike to a steep driveway. He got on the bike and let it roll quietly down the driveway and out to the street. Still rolling he tapped the start button and the engine burst to life, the acceleration kicking him forward down the road. The exit from home onto the street didn’t disturb the family slumber. All the lights were still out inside his home. At 9pm, the night was as young as he. His hands became cold as he rode in the frosty fall air.

“Green Grass Pub. I like the name,” he decides as he heads through the door and sees a sea of twenty-somethings playing pool, shooting darts, eating, and drinking. Everyone had a cigarette between their fingers. Albert finds a place at the bar to warm up from the brisk ride. He wished he’d brought his inhaler as a carbon misty haze in the air challenged his lungs. Sitting on two seats to his right, a couple of white girls with pink hair kissed passionately as a black man with a beard and afro hairstyle watched them. Albert guessed he was 30 or 40 years old, the oldest person in the bar. The man locked eyes on him for a few seconds, then on the Boston Bruins playing the New York Rangers on TV. He smoked a cigarette, taking short puffs now and again. A long-haired hippy styled barrister with mint green eyes spots the spider costume and heads towards it.

Albert’s heart raced as he told himself it was the second-hand smoke that caused his butterfly stomach.  He checked the man standing before him. Five-nine, workout figure, and a smile that demanded attention. The eyes of the spider suit designed to see out masked his inner desire.

“Yeah,” Albert managed to say as his heart continued its marathon pace. He squirmed and fidgeted on the stool. As the bartender walked over to the beer tap, Albert ogled his black sandals exposing manicured feet, torn tight skinny jeans, and a cut off black tank top that exposed stellar abs and a tattooed navel.

He filled a glass with dark ale and set it in front of  Albert.

“Um, maybe I should have said Budweiser,” Albert shyly tells the barrister looking him over.

“What’s your name mate?” he says, eyeing the costume.

“Albert,” he manages to say after searching for a name.

“I’m Josh, Albert. Take a look around,” he says with an exaggerated gesture. “You’re in an Irish pub. When you ask for a pint here, it’s going to be a Guinness,” he says with a smile.

Josh reaches for the glass to swap for a Bud but Albert gently touches his hand, which felt warmer than his frosted biker fingers, even with the spider gloves on.

“Wait. I never had that before,” he admitted. “I want to try it. I might like it better than Bud,” he sheepishly tells Josh. His hand was still touching the barrister as he took ownership of the mug.

“Very good mate. I’ll check on you later. Maybe have a pint with you?

Albert nods and takes a sip of beer. Josh gives a wink as he leaves to help another customer. The black man Albert thought of as old moved over and sat next to him.

Hackles up, Albert turns to the man with a balled fist by his waist.

“So, what’s up?” Albert questions defensively.

“You, now that you have that beer,” he said without blinking. He gestured to his waist which displayed a police badge. He scooted closer to Albert. The song “Wake me up before you go-go” by Wham played loudly on the jukebox causing Albert to raise his voice.

“You undercover or what?” Albert asked, relaxing his hand.

“I’m watching over the place,” he responded taking a puff of his cigarette.”Hey, I’m not going to spoil your fun. Just show me under the table some ID and I’ll go away. But if you’re not 21, leave now. You can pick up your bar friend on your time… without the booze.”

Albert reached in his waistband and discreetly showed the cop his license and credit card IDs.

“I was making conversation,” Albert said, defensive again. “Thank you very much,” he added. “Nothing wrong with that.”

“Whatever floats your boat bro,” the cop mocked. “Enjoy your night, Marques.” He stood up, went back to his seat, and watched the game. Albert saw Josh looking at him and the cop. He smiled at Josh and gave a thumbs up. Josh gave him a nod and went back to pouring pints. He wondered if Josh knew he was carded or happy he was still in the bar.

“Scavenger!” A man yelled from a pool table on the left side of the bar. Two men with shaved heads and tattoos were playing. One was at a small table eating clams on the half shell, waiting for his turn to shoot. He nursed an empty pint glass. Albert walked over to the guy at the pool table. He sipped his beer.

“Did you know raw clams is an aphrodisiac. Even buzzed, your friend might get lucky tonight,” Albert suggested.

“Sounds like  Afro-disiac!” the clam eater said, looking at the black undercover cop.

The men burst out laughing. Albert did too. He buys the clam eater a fresh beer.

“Wanna play a round of pool with us?” Pool table guy asks.

“Nah, I’m going to get in on the game over there.” Albert gestures to two women throwing darts at an ancient board.

“Come back if they shut you down,” clam guy says.

“You bet,” Albert assures them. The two men laugh.

He makes his way over to a tall woman dressed in a black dress that revealed shapely legs and a healthy bust. Her friend, much shorter, had on a witches costume with ripped jeans and heels. Both had black hair, black lipstick, and nails. Two Cosplay versions of Elvira. The Goth women must have come in while he was being ID’d by the cop.

“Can I play the winner?” Albert asked.

“Sure. Since you came in with a costume,” the tall woman purred back.

“Oh, a wise-ass huh?” The sexy tall woman quipped. “Now you have to buy us drinks,” she demanded.

“As long as the winner takes a ride on my bike,” Albert continued to flirt.

“Ok, loser takes the ride,” Albert conceded. His eyes on the short woman.

“I’ll get my extra helmet after we drink and play a round,” Albert says with confidence. He noticed he finished his beer. Then he sees the girls with the pink hair smiling and waving at him.

“Next round is on me,” Albert announces as he signals for Josh.

The cool air kept Albert alert on the ride back home. He rode up the driveway with the engine purring as he placed the bike back in its corner. The lights were out as he put the key in the door.

“Bing Bong!” The security chime rang loudly, sounding more like “Slomins Security, you’re busted!” Albert punched the entry code. Someone had gotten up and armed the door. Maybe his kid brother…maybe. He went into the kitchen and pulled a tall glass from the cabinet and filled it with ice and a little water. The next stop was the bathroom. He relieved himself, then took two aspirins from the cabinet and washed them down with the water. Walking slowly to his bedroom he put the glass of ice water on a tray next to his bed.

“Home by midnight and I didn’t turn into a pumpkin.” Marques thought.  He took off the costume deciding not to go back to give the girls a ride. They were probably talking to someone else by now anyway, he decided. He looked in his full-length mirror.

“I’ll be Iron  Man next year,” he thought before getting in bed.

A/N: When I wrote the story “A Brave Night Out,” I had in mind a bi-curious African American young male that wanted to make new friends while celebrating Halloween. He chose a full body costume to hide his skin color. He wasn’t ashamed, but on Halloween, one day out of the year, he was privileged behind that mask. The only person that knew he was in a minority group was the cop that checked his photo driver’s license and called him by his real name, Marques.

The feeling of equality fueled with alcohol, gave him the courage to laugh with men that may have been racist, flirt with a young male barrister, and different types of women in the bar. He left to get his extra helmet and return to the bar but decided the night was over. To go back might change the outcome of the evening. He decides to stay home but will do the same thing next year, in another full-body costume.

Like the publisher who rejected the story, some readers may never put those connections together. I feel someone living an alternate lifestyle or a person of color would be able to understand the behavior of this character. 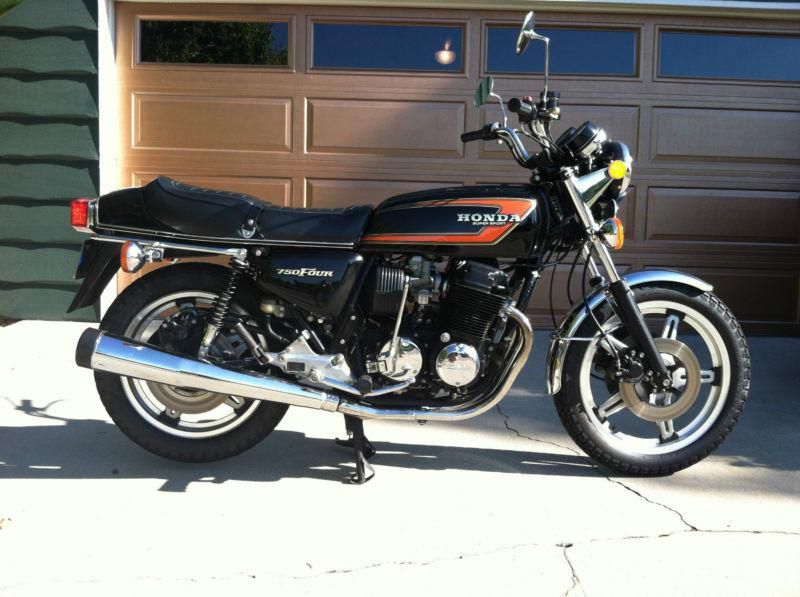 If you made it this far, I humbly thank you for supporting my writing efforts by reading and commenting on my work!

One thought on “A Brave Night Out”